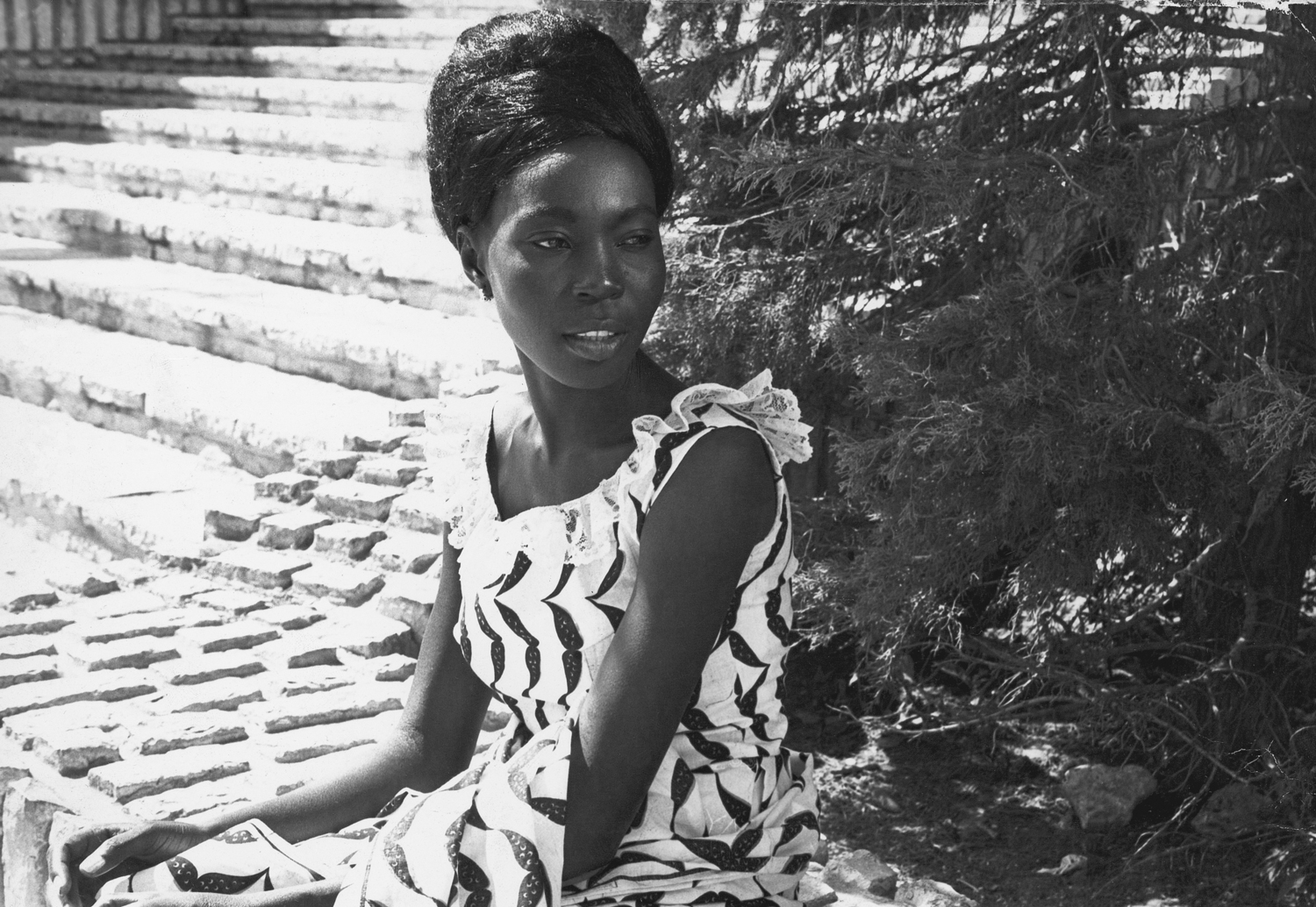 The film that has been described as “the symbolic genesis of sub-Saharan African filmmaking,” Ousmane Sembène’s Black Girl will be our featured film this month for our Uptown Saturday Night Movie Series.

The 50th Anniversary of Sembène’s classic centers on a young Senegalese woman who moves from Senegal to France to work for a rich French couple. It was the director’s first feature-length film. It is often considered the first Sub-Saharan African film by an African filmmaker to receive international attention.

The film centers on Diouana (Mbissine Thérèse Diop), a young Senegalese woman, who moves from Dakar, Senegal to Antibes, France to work for a rich French couple. In France, Diouana hopes to continue her former nanny job and anticipates a cosmopolitan lifestyle. But from her arrival in Antibes, Diouana experiences harsh treatment from the couple, who force her to work as a full servant. She becomes increasingly aware of her constrained and alienated situation and starts to question her life in France.

The film’s original French title is La Noire de…, which means “The black girl of…”, as in “someone’s black girl”, or “black girl from…”.

As an author concerned with social change, Sembène’ wished to touch a wide audience but realized that his written works would reach only small cultural elites, but films could reach wider African audiences. Black Girl changed everything for the pioneering African director, it was the first feature film ever released by a sub-Saharan African director. Though only 60 minutes long, the French-language film won the Prix Jean Vigo, bringing immediate international attention to both African film generally and Sembène specifically.

The film addresses the effects of colonialism, racism and post-colonial identity in Africa and Europe. These themes are highlighted through the recurring appearance of the African mask Diouana gives to her employers on her first day of work at the house. The mask is hung on the wall in the French couple’s Senegalese apartment, along with other pieces of African art.